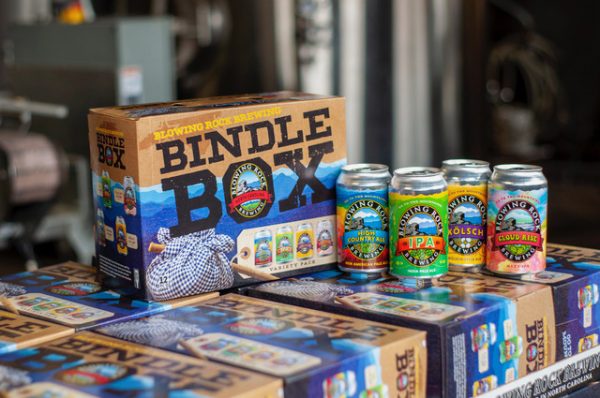 HICKORY, NC          Matt Everley, of Hickory-based graphic design studio m.e.designlab, was recently selected as a winner for a 2021 American Packaging Design Award by a nationwide panel of judges. The award recognizes excellence in communication and graphic design.

The competition was presented by Graphic Design USA Magazine. A highly selective 10% of the 2,000+ entries were honored this year. Everley’s winning entry was for the design of Blowing Rock Brewing’s “Bindle Box” 12-can variety pack.

“Creating a design to align well with a client’s brand position, yet differentiate them in a competitive market is always a challenge,” Everley said. “I’m fortunate to partner with breweries like Blowing Rock to develop creative packaging to compete with the ever-increasing growth of the craft beer industry, and this award reinforces the work we’re doing is being well-received.”

Everley has won numerous awards for logos, web sites, direct mail and corporate identity systems including several previous American Graphic Design Awards over the last 18 years. Matt resides in Hickory with his wife and three daughters. His portfolio can be viewed at www.medesignlab.com/portfolio. For more information, call 919-593-2092.